All Collections
I am an Administrator
Conversations and Social Content
How can I block a prospect?

How can I block a prospect?

Three ways to block a prospect from the platform

Written by Fahmida Monium
Updated over a week ago

A prospect can be blocked in 3 different ways via the University Admin Dashboard.

You can enter the "Conversation" menu option on the left hand side. Find the prospect in question and then click the “block prospect” button in the chat window. 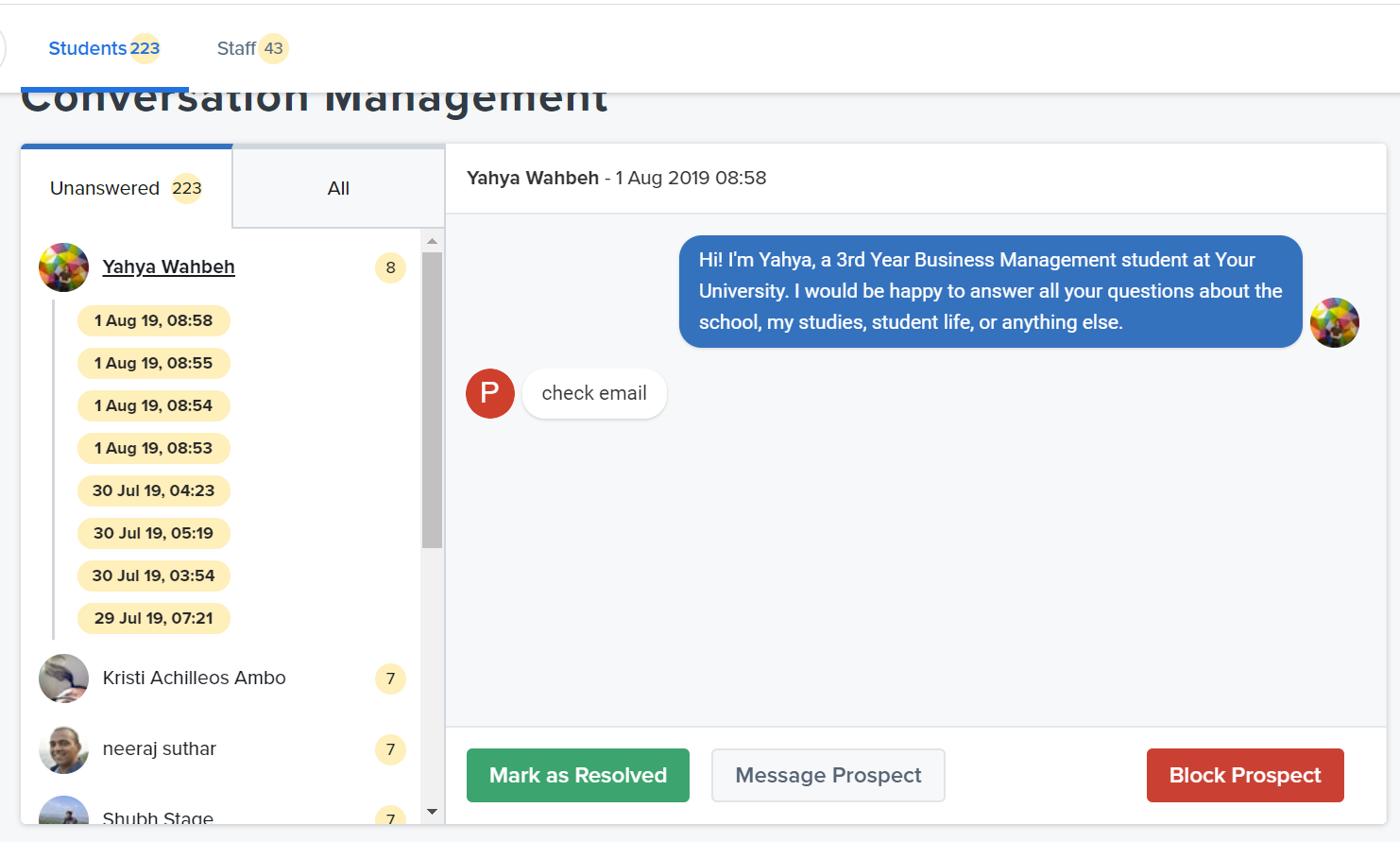 Ambassadors can report prospects to you. These reports will appear in the “Moderation” menu option which can be accessed via the left hand side.

When an ambassador reports a prospect, they will be automatically blocked from the entire platform. Once they sit under "Moderation" you will have the following options: 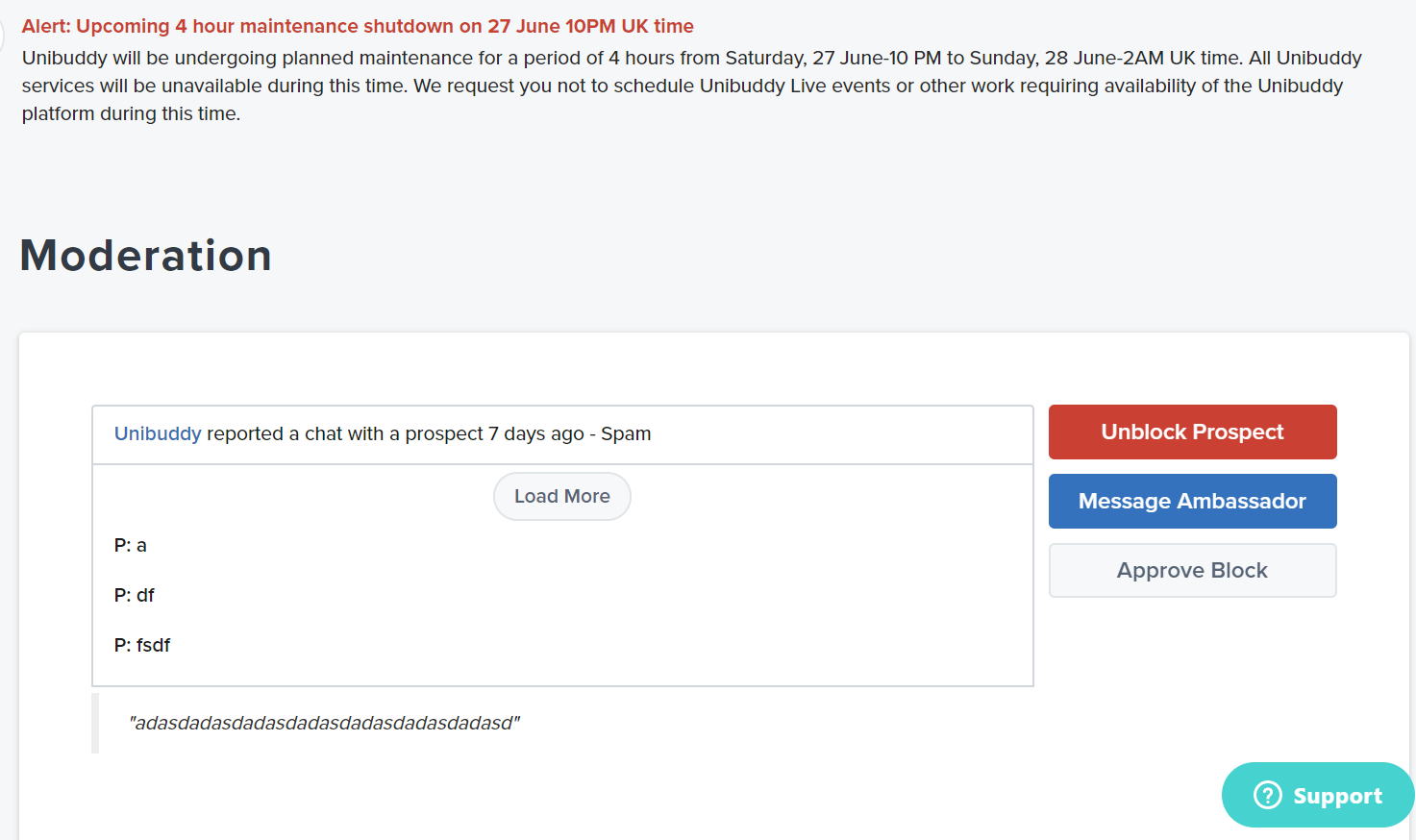 You can also block prospects from the "Prospects" menu on the left hand side. From here you can search and select the prospect name in question, then you can click the "Block Prospect" button. From here, you can also unblock prospects.

The prospect will be blocked from the entire platform and blocked from messaging any ambassador. Their name will be greyed out on the “Prospects” page. 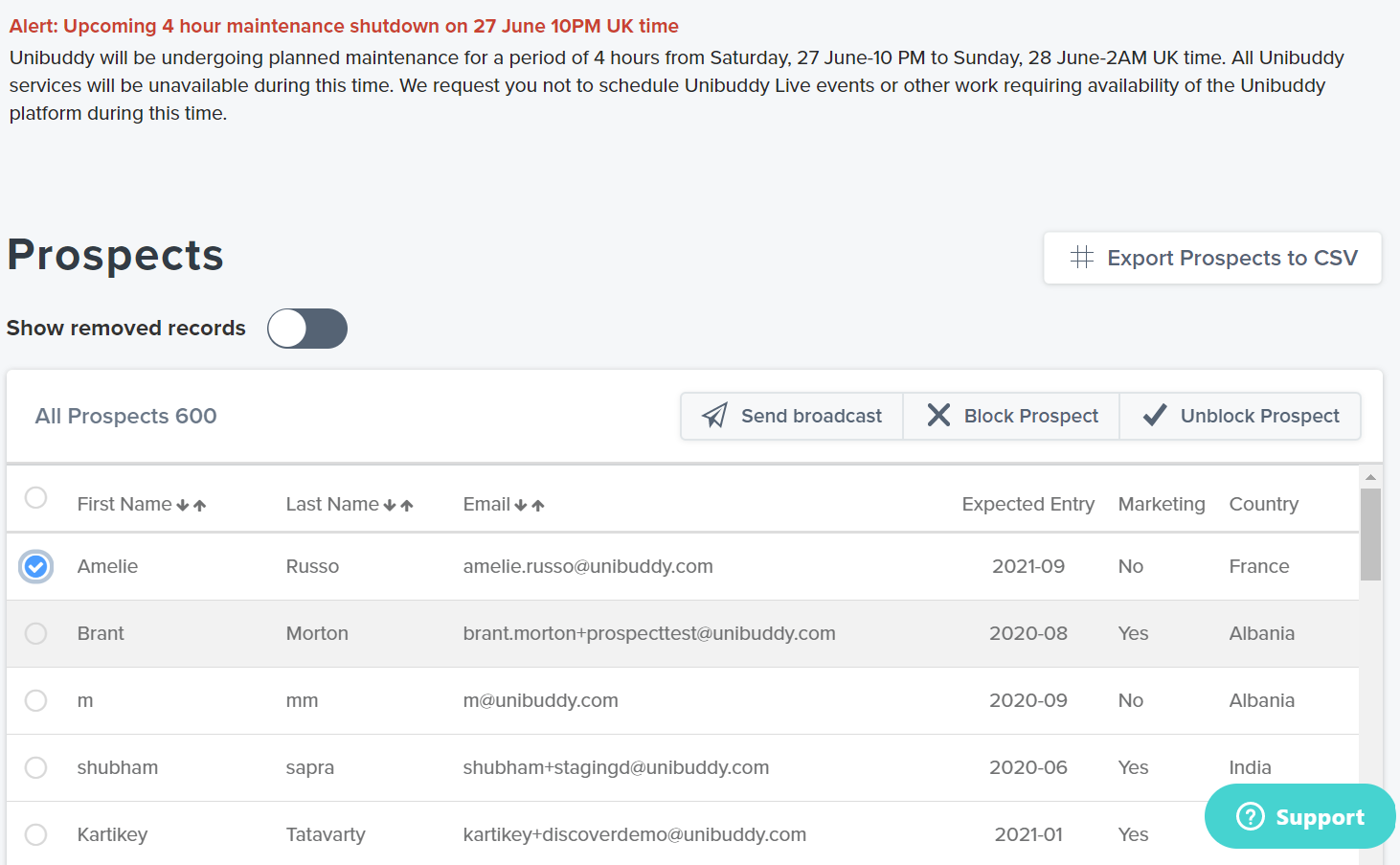 PLEASE NOTE: If you, as the Admin, decide that blocking a prospective student from the entire platform is not necessary and Unblock the prospect, the Ambassador who blocked the prospect in the first place would still no longer be able to see that conversation any longer.

Did this answer your question?